No to EU Militarisation

THE EU is using the chaotic US and British withdrawal from Afghanistan to implement its long-term strategic plans to develop its own military wing under the control of EU institutions to defend and extend its geopolitical interests.

Twenty-five EU ministers of defence meeting in Slovenia in early September discussed the plans, the so-called Strategic Compass, which include the ability to deploy several thousand troops around the world and could be agreed as early as November.

“We need to increase our capacity to be able to act autonomously, when and where necessary,” the EU’s foreign policy chief Josep Borrell told the ministerial meeting.

The main objectives to developing a European army include defending EU economic and political interests in Africa and elsewhere and supporting allies such as the far-right regime in Ukraine as surrogate forces against Russia and China.

The gung-ho Borrell has been pressing for the militarisation of the EU for years, telling reporters in early 2020 that Africa “needs guns” for “stability,” revealing Brussels’s goal of securing raw materials in the global South.

He also described the Afghanistan debacle as a “wake-up call” and proposed the creation of an EU “initial entry force.”

“It is a way of getting stronger and facing our responsibility and mobilising our resources to face the challenges that we will have to face,” he said.

The EU, led primarily by Franco-German interests, has been promoting the idea of European battlegroups of up 50,000 troops since the illegal attacks on Yugoslavia over 20 years ago.

Former EU Commission presidents Romano Prodi, an ex-adviser to Goldman Sachs, and the often “tired and emotional” Jean-Claude Juncker both heavily and openly promoted the development of a “European army” during their tenures.

In 2007, two EU battlegroups of 1,500 troops were established, filled on a rotating basis by member states, but they have never been deployed mainly due to disputes over funding. 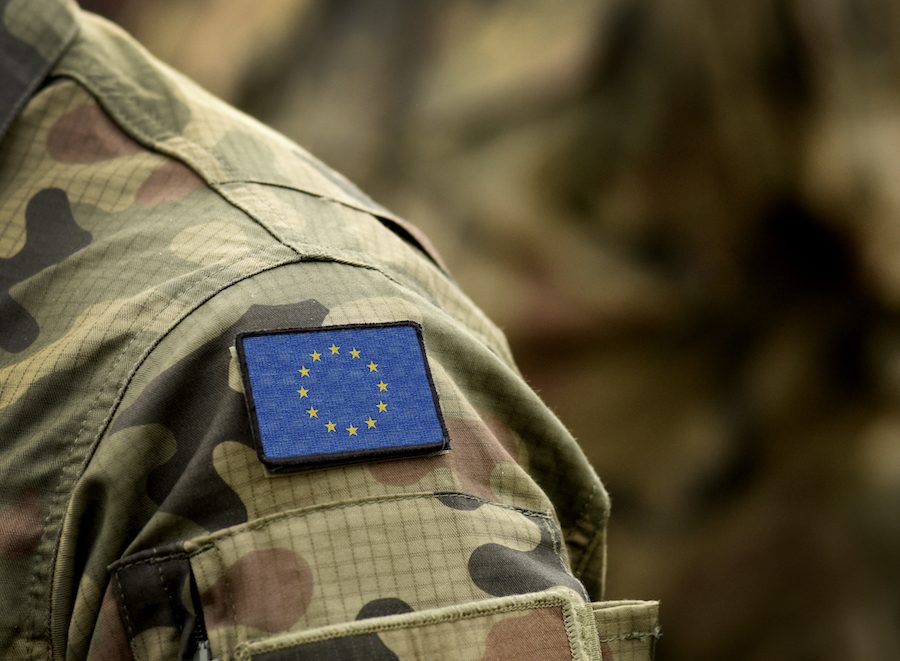 French President Emmanuel Macron made similar overtures in 2018 when he spoke about the need to create a “real European army” to face off Russian “aggression.”

“This debacle in Afghanistan also showed that, unfortunately, the EU doesn’t have the necessary capability for operations in extreme circumstances,” he said.

When asked who would command such a military force, he said “the institutions of the European Union.”

The militarisation of the EU also includes a new “European Peace Facility” adopted earlier this year, a €5 billion slush fund to finance EU-led military operations abroad including the provision of weapons and training to surrogate foreign forces.

EU officials have also been trying to formalise the militarisation of the EU in its various impenetrable treaties since the 1986 Single European Act.

The Lisbon Treaty – formerly known as the EU constitution before a number of member states voted it down – includes a mutual defence clause (Article 42 7 TEU), committing member states to an EU “mutual defence” which is different from an obligation to participate in an EU “common defence,” ie a common European army.

The international campaign against ratification of the Lisbon Treaty forced the concession incorporated in Article 24.4.9 of the constitution which states: “The state shall not adopt a decision taken by the European Council to establish a common defence pursuant to Article 42 of the Treaty on European Union where that common defence would include the state.”

But it does not extricate member states from the mutual defence clause obligations, nor the continual arms build-up obligation also incorporated in Article 42 TEU: “Member states shall make civilian and military capabilities available to the Union for the implementation of the common security and defence policy... Member states shall undertake progressively to improve their military capabilities.” This is a commitment to a continual arms build-up among EU states.

However, the lack of speed towards militarisation has only been exacerbated by the loss of the UK, the largest spender on military hardware within the bloc when it was a member state.

Lord Frost, Britain’s Brexit negotiator, refused to talk about foreign policy co-operation during talks over a trade agreement, although some in the cabinet are still keen for efforts to be renewed in light of developments in Afghanistan.

Although it is difficult to see how Boris Johnson’s Tory government could win enough support for such a dangerous endeavour as a European army, progressive forces must ask themselves if opposition to these militaristic and clearly imperialist developments should simply be left to Nigel Farage and co?